In July 2017, the NSW Government stated it would abandon forced council amalgamations, ending an 18-month war with the state’s local municipalities. Local Government Minister Gabrielle Upton said Sydney’s communities needed certainty prior to council elections. But added that “The Government remains committed to reducing duplication, mismanagement and waste by councils so communities benefit from every dollar spent.” 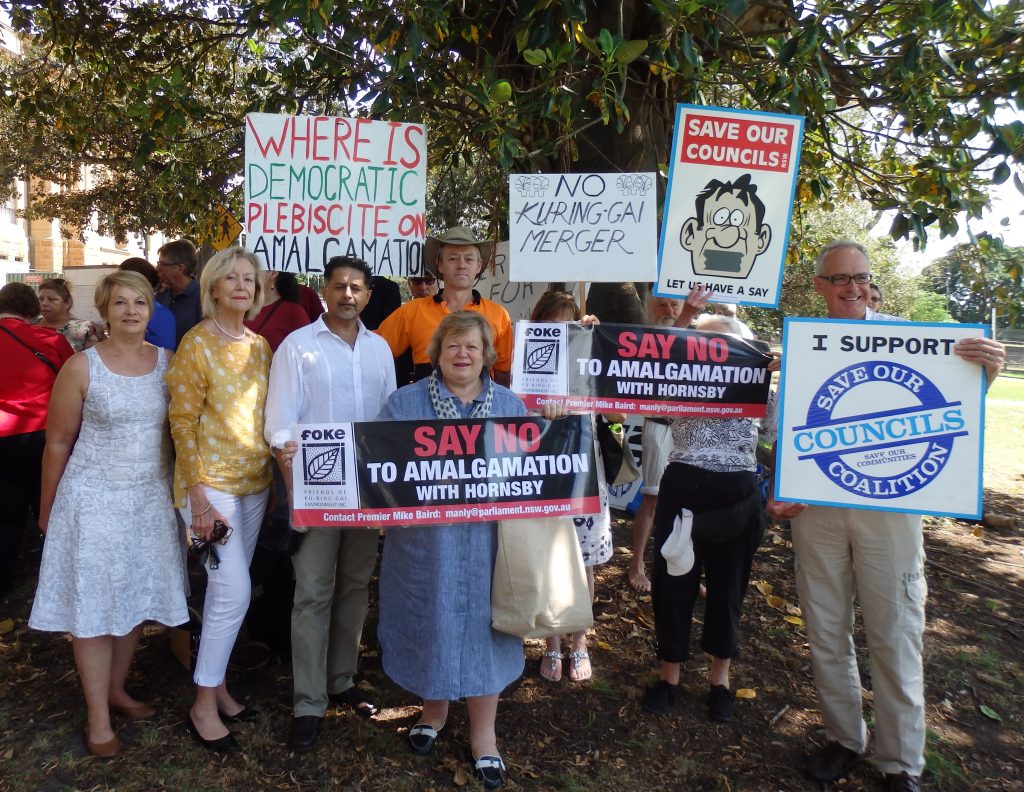 The NSW Government has backed away from the amalgamation threat to Ku-ring-gai and a small number of other city Councils. However, we remain concerned that this may still be a longer term policy of the Local Government Minister.

The proposal to amalgamate council areas makes many assumptions which are not backed by evidence. Mayor Abelson from Mosman is an economist and has co-authored an interesting and thought-provoking paper called Smoke and Mirrors on the forced amalgamation issue. To read the summary presentation, click here  Smoke Mirrors Presentation 2015. To download the full report, click here Smoke and Mirrors Report Dec 2014

AN UPDATE: FORCED MERGERS HAVE FAILED

The SOCC analysis shows that the combined study of metro council operating results will deliver $114 million less than the government’s proposal targets of $103 million surplus. The regional and country study of 13 mega councils shows a combined deficit of $48 million – expenditure exceeding income.

The Forced Council Amalgamations in NSW was Bad Policy pursued by a flawed process. It has failed to deliver the claimed financial benefits. It has resulted in a loss of identity and loss of effective representation for communities forcibly merged. The Government must take responsibility and allow communities wrongly merged a referendum to demerge if that is their wish.

It is obvious from the report that ‘bigger is not better’ for local government!