Ku-ring-gai is situated on the North Shore of Sydney. It encompasses the suburbs of Roseville, Lindfield, Killara, Gordon, Pymble, Turramurra, Warrawee and Wahroonga, straddling the ridge that carries the railway from North Sydney to Hornsby; and St Ives, straddling Mona Vale Road as it heads towards the coast. 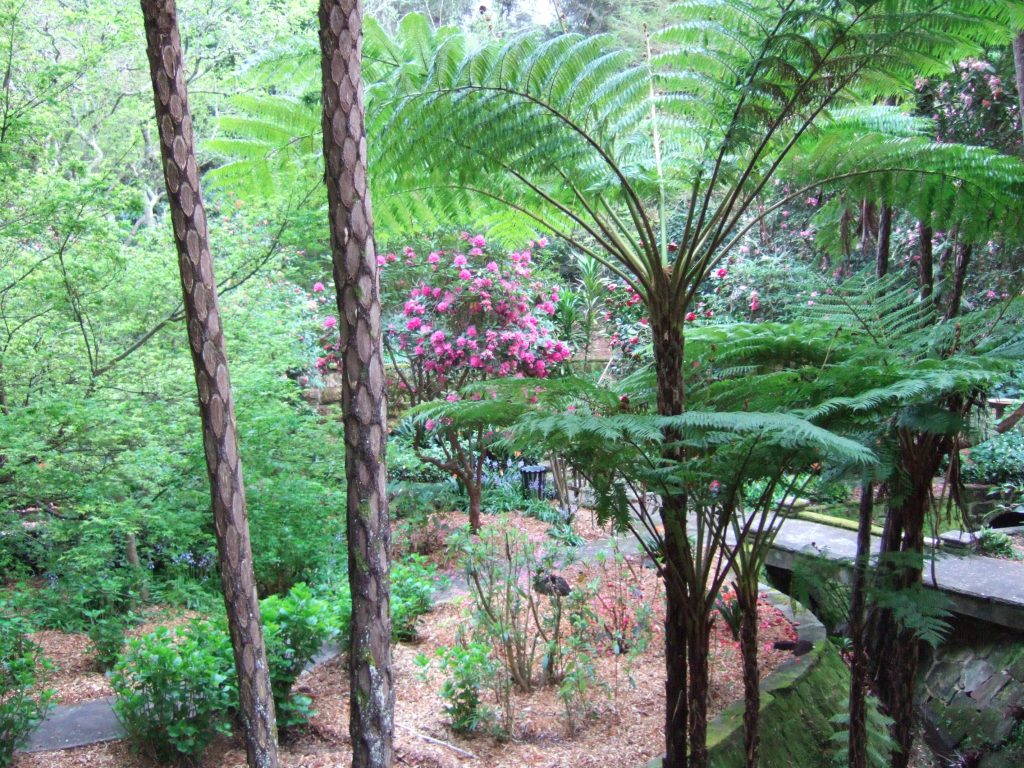 The area receives high rainfall, and its slopes fall steeply towards national parks on three sides – Lane Cove, Garigal and Ku-ring-gai Chase. Other natural features of Ku-ring-gai are its tree canopy (including important remnant Blue Gum High Forest), its wild life, its watercourses and its readily erodible soils. More>>

Ku-ring-gai’s built heritage features some of the best in NSW – twenty-seven precincts were recommended by the National Trust in 1997 as Urban Conservation Areas. They include not only fine examples of Federation and Inter-war architecture, but many of these precincts display an overall quality and consistency that mark them out as being of State and National heritage significance. More>>

Over the years a range of expert and distinguished Australians have recorded their views of the importance of Ku-ring-gai’s natural and built heritage, at both State and National level. We’ve gathered together some of those in our list of Notable Quotes for Ku-ring-gai.

We are a community group manned completely by volunteers. Our membership fees have not increased since our inception in 1994 when we opposed the overdevelopments starting to spring up in Ku-ring-gai. In order to continue our work, we are more than ever most appreciative of, and indeed dependent on, membership fees and donations accompanying your renewals.

FOKE was established in 1994 by a group of Ku-ring-gai residents with like concerns about threats to the natural and built environment of Ku-ring-gai. FOKE is operated completely by volunteers and has always been dependent on membership fees and donations to execute its work, only occasionally supplemented by grants.

Whilst initially responding to core concerns raised by Ku-ring-gai residents about inappropriate development in Ku-ring-gai, FOKE’s focus quickly expanded to promote and defend the cultural and natural heritage of Ku-ring-gai. FOKE took a keen interest in the findings of The National Trust of Australia (NSW) Interwar Housing Study 1996-7, which identified 28 areas in Ku-ring-gai as being of sufficient integrity and significance to be designated as National Trust Urban Conservation Areas (UCAs).

The national significance and increasing vulnerability of Ku-ring-gai’s National Trust UCAs were further underscored in 2007 when The National Trust of Australia (NSW) nominated Ku-ring-gai’s Urban Conservation Areas within the Context of the Original Blue Gum High Forest for inclusion on the list of the ‘Top Ten Heritage @ Risk Places in Australia’.

FOKE operates to preserve the unique character and environment of Ku-ring-gai for future generations, whilst recognising the ongoing need to provide housing choices. One of FOKE’s stated objectives is “to work for the maintenance of Ku-ring-gai’s heritage and the enhancement of the existing traditional character and amenity of its environment, both built and natural” .

In recognising the national significance of Ku-ring-gai’s built and natural heritage, FOKE’s mission has always been to protect, enhance and preserve the amenity and environment of Ku-ring-gai. In recent years, the area’s nationally-significant natural environment and built heritage has been facing sharply escalating threats and losses due to the changing planning and environment policies of state and local governments.

Over the past 2-3 years some of our achievements have been:

FOKE has always assisted residents and groups aiming to preserve the character of Ku-ring-gai or the amenity for its residents. Aside from many individual residents we have assisted the specific issue groups such as CARPARK (Citizens Against Reduced Parking at Railway Killara), Save Gordon Golf Course, Gilda Road Residents’ Group, Better Planning Network, Friends of Lindfield, and Our Land Our Water Our Future (Nature Conservation Council)

How to join us

Membership is only $10 a year – $5 for students and seniors. To join us, download a FOKE Membership Form  ( this requires Adobe Reader® – a free download ).

Learn more about us

We send out newsletters, by email and/or mail. A selection of these, plus other information of interest, is available here . You can also like us on facebook at facebook.com/friendsofkuringgai